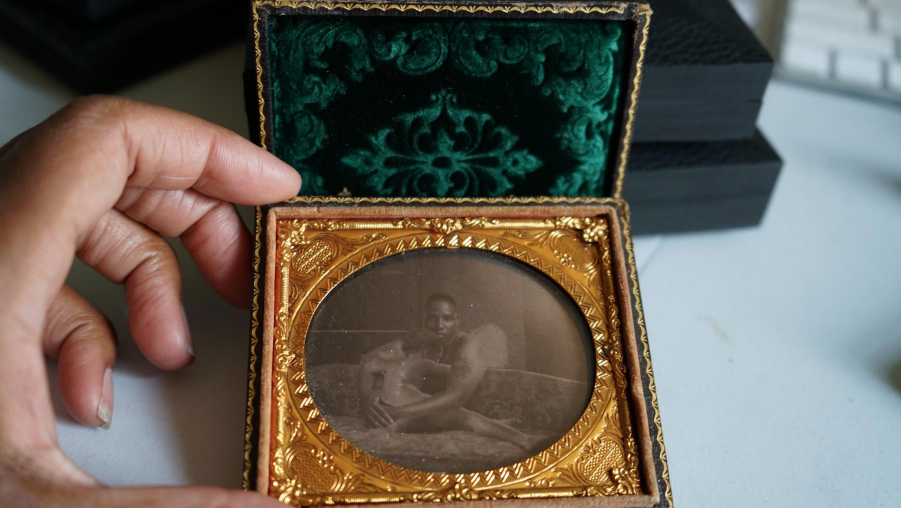 Advocating alongside Black women and girls is a fundamental component of my work as a multidisciplinary artist, advocate and educator. Whether it’s creating works that align with reproductive justice rights for incarcerated women or investigating the impacts of adultification bias on young Black girls, my art and practice remains committed to utilizing my own personal experience as a point of reference to connect, engage and uplift the particular challenges faced by these two unique groups.

Moreover, in my opinion, it’s no coincidence that 85% of incarcerated women have been victims of sexual violence, which many are now calling the “sexual abuse to prison pipeline.” So for my most recent work, “Consecration to Mary, 2021.”, I did what I've spent the majority of my life doing: using art as activism. As a survivor of childhood sexual abuse, I felt compelled to reimagine American artist Thomas Eakins exploitative photography "African American Girl Reclining Nude on sofa” (Front and rear view photos) which depicts a young pre-pubescent Black girl forced to pose nude inside his home studio in 1882. My reinterpretations provide a counter narrative where I insert my own image in an effort to help shield the child from his predatory gaze.

Since unveiling the series in September at Martos Gallery in NYC, I’ve written an op-ed for the Philadelphia Inquirer and launched an online petition to denounce the progression of institutional failures at the Pennsylvania Academy of the Fine Arts (PAFA) to address its dissemination of sexually explicit photographs of children and its active erasure of violent acts committed by Thomas Eakins on their website. After penning my op-ed, PAFA used my artist statement and name to align themselves in support of my work but failed to ask for my endorsement, and neither denounced Eakins or formally apologized to those hurt most by their veneration of a documented sexual predator, namely Black women and girls in the city of Philadelphia.

In the coming year, I plan on expanding the campaign through continued public discourse, community forums and community led direct actions. By prioritizing healing, leveraging communal support and taking accountability for reimagining our own narratives, my work looks to challenge the mainstream ideals and societal norms that surround gender justice and public safety by uplifting the voices of those who have been impacted the most.