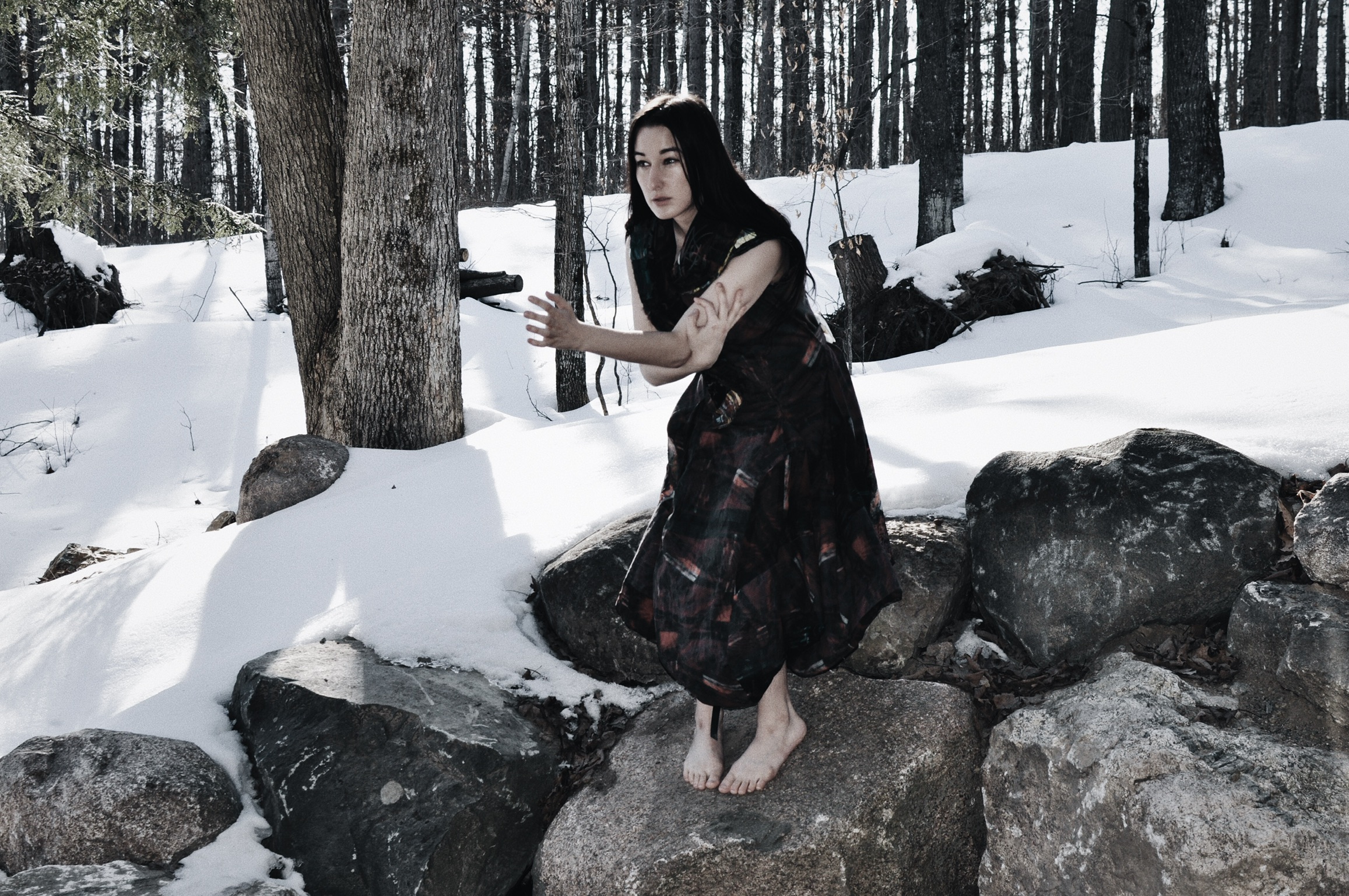 Since 2012, Molly Jae Vaughan has utilized her interdisciplinary approach to art making to
honor the lives of murdered transgender and gender non-conforming Americans. Through the creation of unique garments and diverse collaborative memorial actions, Vaughan raises
awareness of the violence that transgender and gender non-conforming individuals, particularly trans women of color, face in contemporary American society.

The works that are created for Vaughan’s Project 42 bridge textile creation, printmaking, and
painting processes into visually captivating patterns, each developed for a specific spirit
represented in the project. These patterns are then digitally printed onto fabrics and sewn into garments created for a specific collaborator to wear. Hand printed, stitched, and embellished elements further personalize each work.

Memorializing the dead is a sacred act, upon which entire belief systems are structured.
Vaughan’s work, begun before most of the online data bases and websites dedicated to
Transgender Day of Remembrance were established, raises visibility of the epidemic of violence the trans and gender non-conforming community faces by emphasizing each individual from her chronologically selected list of 42, with complex actions and labor heavy processes. For Vaughan, each individual’s life is worth equal time, whether they were a leader, a star, or simply someone trying to survive on the streets.

The process of creating each garment begins with a location where a life was lost. Using Google Earth, Vaughan captures visual documentation of the murder location from multiple distances and angles. In addition to satellite images, Vaughan will often include captures from Google street view if available. From these captures colours and shapes pulled directly from the location are abstracted and incorporated into a pattern. By using these specifically sourced visual elements, Vaughan is able to symbolically represent each individual without speculating who they were, what they liked, or who they wished to be. Like walking in a city where every inch holds untold amounts of memories from millions of moments, terrible and happy, the abstracted patterns can be easily consumed and overlooked. Like each life lived and lost. Perhaps by only asking why an artist would created this pattern and object, can a viewer, be pulled in for a larger discussion. Vaughan believes that in order for this violence to end, allies as well as those who oppose human rights, must be challenged to engage the issue with their own labor and research. From many interactions and conversations
with the public, Vaughan recognizes that in order for things to change, society must take
responsibility for all of the forms of oppression that the intersectional identities of the victims were subjected to.

Mentorship, advocacy, community and knowledge building are vital components of the work
Vaughan does. Dedicated to using her privilege as a means to raise up others, Vaughan shares her skills and experience with students and members of the community as a means to connect and engage. The works created for Project 42 are the result of many hands, each committed to adding their labor to these objects, charged not only with the spirits of those represented by the cloth, but by the energy, the joy, and the sorrow of those who came together to stitch, print, and construct it.

Labor and time are our greatest commodities. Project 42 is a labor intensive project that uses the whole body in its object production. Though the conceptual base of each garment is the digitally printed fabric sourced from satellite and web based images. The works utilize many hand made processes that could be more easily completed using mechanical tools. The elements created through these meditative and repetitive practices allow for deep focus on the act of making.

In addition to assistants donating their time to the construction of the garments, personal
offerings to individual spirits are given. The most common offering is hair, which has been an important element to Vaughan’s work for almost two decades. Much of the hand made fabrics in the garments is created from a mono-printing process that incorporates donated hair. Hair is also used in the production of amulets, infused with protective energies of memorial actions and thoughts.

Community engagement is vital if the violence that is effecting the transgender and gender nonconforming communities is going to stop. Project 42 helps to create spaces for conversations and actions through public workshops, lectures, and collaborative performances. Vaughan, who is also a Senior Associate Professor and a former k-12 teacher, uses her background in education to create opportunities in which slow labor offers a space for conversation and connection.