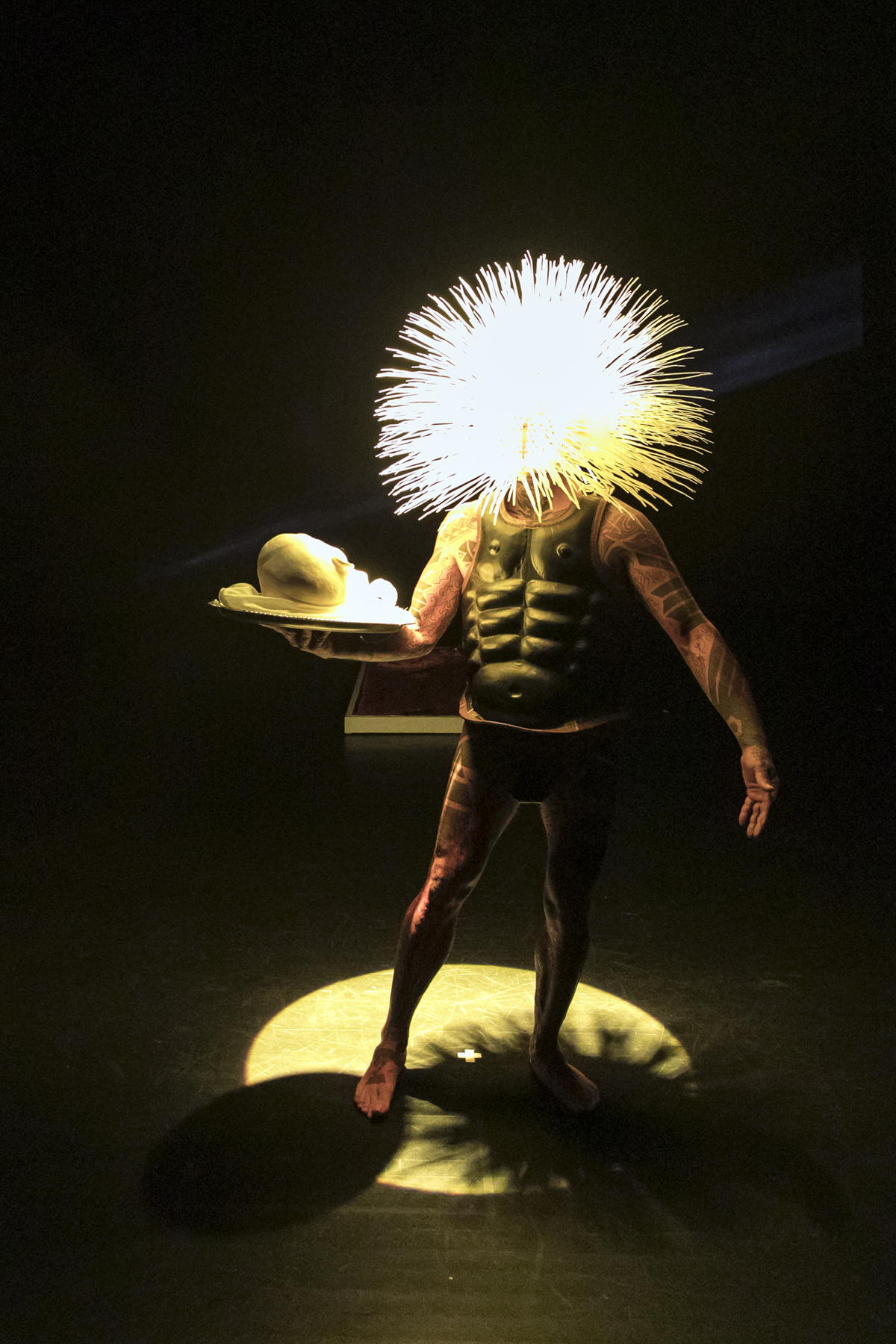 My performance concepts usually come from text: a theory or thesis that insists on being explored as a life. In 2018 Acephalous Monster, solo performance, I started with Georges Bataille texts on Nietzsche’s pivotal Death-of-God and in his descent into madness, Dionysus vs. The Crucified One. And taking it from the 1930’s pre-occupation France to Genesis P-Orridge’s writings in Esoterrorist: “The themes of mythology are not just archaic knowledge — they are living actualities of human beings. ”This gave me the inspiration to bring the minotaur into action. As well, I’m working with the Art Historian Amelia Jones on a survey show for 2020. Revisiting my archive, which contains documentation, costumes, and soundtracks of performance work as early as 1981, and see the shifting layers of identity politics, body art, sex acts, archetype and the AIDS pandemic, the polemic of blood, deconstructing memoir and automatism. Playing with esoteric traditions excites me more than ever.