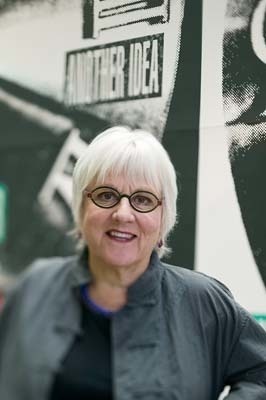 Since its inception in 1981, Mary Livingstone Beebe has been the Director of the Stuart Collection, which is an on-going program commissioning outdoor sculpture for the 1200-acre campus at the University of California, San Diego. Major works have been completed by Terry Allen, Michael Asher, John Baldessari, Niki de Saint Phalle, Jackie Ferrara, Ian Hamilton Finlay, Richard Fleischner, Jenny Holzer, Robert Irwin, Tim Hawkinson, Barbara Kruger, Elizabeth Murray, Bruce Nauman, Nam June Paik, Alexis Smith, Kiki Smith, Doh Ho Suh, and William Wegman. A book documenting the first 20 years of the collection, Landmarks: Sculpture Commissions for the Stuart Collection at the University of California, San Diego, was published in 2001 by Rizzoli International Publications, Inc. From 1972 to 1981, Beebe was Director of the Portland Center for the Visual Arts in Portland, Oregon. She has served on numerous boards and committees including the Art Advisory Board for the University of California, the Art Advisory Board for San Francisco’s Mission Bay campus, and the Public Art Committee for the San Diego Commission for Arts and Culture. She has been a member of the Art Steering Committees for the Greater Toronto Airport (Ontario) and the Denver International Airport, the Art Advisory Committees for the University of Washington, Seattle, and Harvard and Radcliffe (Cambridge). She has lectured widely and served on many panels for the National Endowment for the Arts and as juror for public art projects across the country and in Europe. In the sixties she worked at the Portland Art Museum (Oregon), the Boston Museum of Fine Arts, and the Fogg Art Museum at Harvard University.