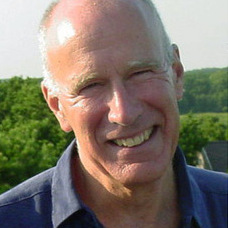 Philip Yenawine is co-founder of Visual Understanding in Education (VUE), a non-profit educational research organization that develops and studies ways of teaching visual literacy and of using art to teach thinking and communication skills. Director of Education at the Museum of Modern Art from 1983-93, he worked in 1992-94 as consulting curator at the Institute for Contemporary Art and during the academic year 1993-94 as Visiting Professor of art education at Mass College of Art, both in Boston. Yenawine is the author of an introduction to modern art, called How to Look at Modern Art and has written six children’s books about art – Stories, Colors, Lines, Shapes, People, and Places. Key Art Terms for Beginners was published in 1995. His contributions have been recognized within the arts community by the National Art Education Association Award for Distinguished Service, 1993; National Art Education Association Museum Educator of the Year, 1991; New York State Governor’s Award for Visual AIDS and A Day Without Art, 1990; and the New York State Governor’s Award for the Museum of Modern Art’s program for people with hearing disabilities, 1984. Additionally he was made a George A. Miller Visiting Scholar at the University of Illinois, 1996 and awarded a Doctorate of Fine Art, Honoris Causa, from the Kansas City Art Institute, 2003. Yenawine was a guest at Yaddo in both 2004 and 2005.